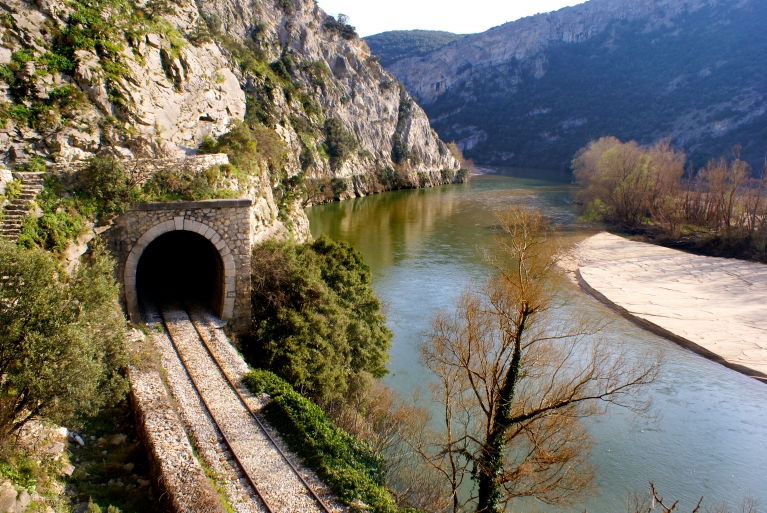 Greece is one of the most beautiful and fascinating countries to visit in Europe. However, because of recent disruptions in Greece it's good to know some of the challenges of traveling there at this time.

If you plan to travel to Greece make sure you’re aware of the current situation of the Greek train network. International trains to and from Greece have just starting running again, but we can't guarantee that all issues with Greek trains have now been resolved. Some parts of your journey may be covered by your Interrail pass, but others will not.

Travel between Greece and Italy

We recommend you take a ferry to travel between Italy and Greece. With your Interrail pass you can get discounted or free ferry crossings between Ancona, Bari and Brindisi in Italy and Igoumenitsa / Patras in Greece.

Please keep in mind that a new port has opened in Patras, south of the old port. The train station of Patras is located next to the old port. Regular shuttle buses run between both ports.

Travel between Bulgaria and Greece

Trains between Bulgaria and Greece have started running again from May 10, 2014. From Sofia, the Bulgarian capital, there is a daily connection to Thessaloniki in Greece. From here, you can easily travel onwards to Athens.

Travel between Greece and Macedonia

Trains are once again running between Greece and Macedonia. Aside from regular trains, you could also take the Hellas Express night train from Thessaloniki to Skopje, Macedonia's capital, and onwards to Belgrade, Serbia.

Please note that the Hellas Express only travels in summer. For actual travel times, visit the Serbian Railways (ZS) website.

Travel between Greece and Turkey

There is no direct train travel between Greece and Turkey. You can make use of the daily connection from Thessaloniki to Sofia. From Sofia, you can take a train or night train east to Istanbul. Please keep in mind that because of maintenance works, all trains to Istanbul halt at Cerkezköy. There is a temporary bus replacement on the route Cerkezköy-Istanbul.

There are several bus services available between Istanbul and Thessaloniki. The following option isn't covered by your Interrail pass.

How to travel within Greece

Bus timetable from Patras to Kiato:

Bus timetable from Patras to Athens:

Travel between Patras and downtown Athens

If you want to visit the city center of Athens, you can also take a train from Kiato up to Doukissis Plakentias. From here you can take the blue metro line to Syntagma or Monastiraki. Or take a train from Kiato to Neratziotissa. Continue on the green metro line to Omonoia station (in Athens) or up to Pireaus port.
Please note that your Interrail pass is not valid on the metro.

To find train times in Greece use the Trainose website. If the planner states that ‘there were routes between … and …’ this means that that particular line has now been taken out of service (except for the suburban train Proastiakos between Athens Airport – Athens – Kiato which is mentioned at 'suburban trains Athens').

You cannot change the currency once you have items in your cart!